Coronavirus: Why South Africa has yet to roll out vaccines By Peter Mwai 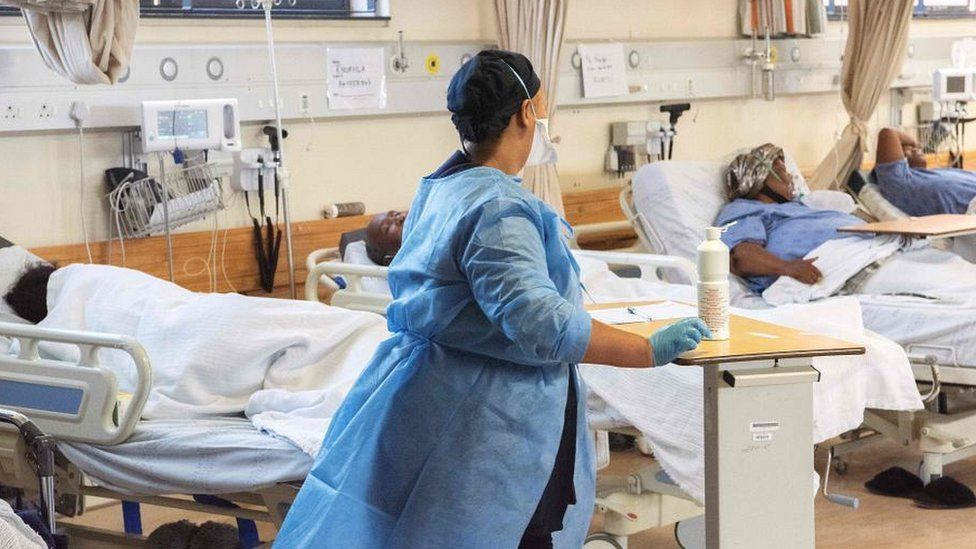 More than a third of all Covid-19 cases in Africa have been in South Africa and numbers are surging with the emergence of a new variant of the virus.

But unlike some other badly hit countries in the world, South Africa is yet to start its vaccination programme.

Has South Africa got Covid vaccines?

President Cyril Ramaphosa says South Africa has so far secured twenty million doses, due to be delivered in the first half of 2021.

But there’s no detailed timeline for a programme aiming to vaccinate as many as forty million people.

South Africa has been seeking to source vaccines in three ways:

Covax is a global initiative in which countries pool their resources to support the development of vaccines with a view to ensure that all countries receive a fair supply of effective vaccines.

South Africa expects to acquire doses for around 10% of the population through Covax and has been told it will receive them from April through to June.

But it appears the vaccines won’t be available for several months.

The health ministry says it has a bilateral deal with the Serum Institute of India, the world’s biggest vaccine-maker, for 1.5 million doses.

It expects to receive the first batch of one million doses of the Oxford-AstraZeneca jab later this month, and the rest in February.

The country wants to vaccinate healthcare workers initially. But with the number of workers estimated at 1.2 million, the first batch doesn’t look like it will be enough.

Could South Africa have got vaccines sooner?

There’s been concern that many poorer, less-developed countries are being left behind in the global competition to secure vaccine supplies.

However, critics suggest that South Africa – as the richest country in Africa – should not be in this position.

“The stunning reality is that it [South Africa] has neither a secured vaccine supply nor a plan for mass inoculation in the foreseeable future that can withstand scrutiny,” says the Progressive Health Forum, a group of leading medical experts in the country.

The opposition Democratic Alliance has called on the government to give full details of its negotiations with vaccine suppliers, accusing the government of “dropping the ball”.

It claims the government only started to talk to vaccine suppliers in early January.

What does the government say?

Dr Anban Pillay, deputy director-general at the Ministry of Health, says the country was in touch with manufacturers as far back as last September.

“There have been various conversations through the better part of last year,” says Dr Pillay.

He says the Pfizer/BioNTech vaccine wouldn’t be appropriate for mass vaccination, often in remote rural areas, due to its storage requirements of -70C.

And he points out that the ministerial advisory committee advised against using this vaccine.

“We were waiting for the other vaccines that we can use as a mass rollout campaign, and those vaccines had not come through the production line yet,” he said.

He also says some countries have gone ahead with some vaccines without completed clinical trial data, which wouldn’t be allowed by the regulator in South Africa.

The government says it couldn’t have signed deals early without knowing whether the vaccines were safe and effective, as this would have been in contravention of national financial laws.

“In terms of our public funds, we’re required to invest in a product once we understand that the product works,” Dr Pillay says.

What did other countries do?

Wealthy countries, such as the UK and others, signed deals for prospective vaccines as early as July last year while they were still in development and undergoing trials.

And countries who can afford to pay most at the earliest stage of production can often secure an advantage, according to experts.

Also, some countries like Brazil and Mexico which were able to host vaccine trials, used that as a way to secure supplies.

South Africa did host a trial for the Oxford AstraZeneca vaccine last year.

Research by Duke University in the US tracking advance vaccine commitments by country shows that apart from the wealthiest countries, there are a number of less well-off countries that had confirmed deals for vaccines.

And among the 20 countries with the most coronavirus cases, many have already started their vaccination programmes.

But it’s also worth saying that among countries which have more than a million cases, apart from South Africa, there are others yet to start vaccinating such as Colombia, Peru, Ukraine and Iran.

READ MORE:  Plantain: The Health Benefits Of Eating This Good Food Are Unbelievable