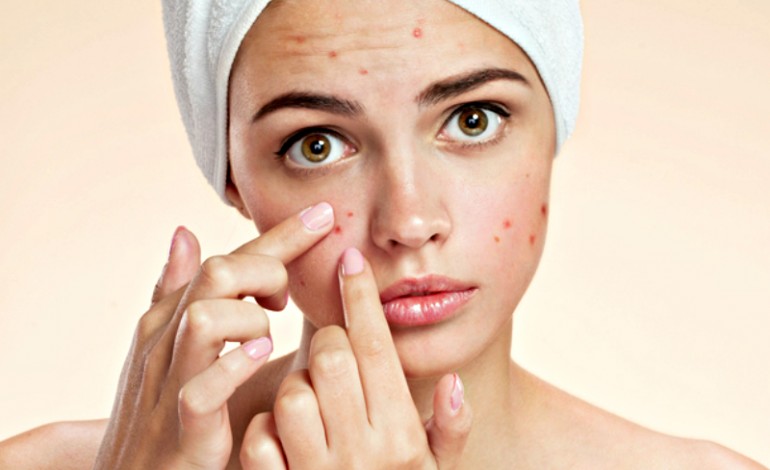 Acne is awful. It’s gross, painful, and can make you feel like a complete monster. I know this because I’ve been dealing with persistent, cystic acne since I was about 12. I’m now 26 and still struggle with acne. I’ve taken every medication under the sun, including two rounds of Accutane, and I haven’t gone a day without a blemish since I was a kid.

Anyone with acne knows the struggles that come along with having it. I’m used to those struggles now, certainly, but I’ve come a long way. Since it doesn’t look like my blemishes are going away permanently anytime soon, I thought it would be helpful to other acne-sufferers to share the lessons the experience has taught me:

People can be very mean
Shutterstock
While there are plenty of adults out there with acne, it doesn’t stop certain people from having an opinion about your face. I’ve heard it all from “pizza face” to “pimple queen.” Sure, the taunting was worse when I was younger because kids can be mean, but it doesn’t stop when you’re an adult. It’s almost worse, I think. People have asked me, “What’s wrong with your face?” I’ve been told to wash my face, see a dermatologist, do better with my makeup, stop using makeup, and more. It’s extremely disheartening and makes my insecurities even worse. I can’t imagine saying something like that to someone, but the bottom line is some people are mean and insensitive. You can’t change what other people say, but you can change how you react to it. Remember that what they say doesn’t have to matter, and you don’t have to listen to those people when they say terrible things.

Don’t believe miracle “cures”
Shutterstock
There are always new miracle products being touted as acne cures. Let me be frank: there is no cure for acne. Not yet, anyway. But every few months, a new product comes out promising to rid you of blemishes forever! From ProActiv to DIY “cures,” there is always something new. If something claims to cure acne, don’t expect it to actually do so. The term “cure” is so misleading because it makes it seem as though there’s a magic potion that will eliminate your acne forever. It’s better to stay realistic: while there are some products that might work incredibly well for certain people, it’s impossible to know which one will work for you. And nothing is going to get rid of your breakouts forever. It’s better to accept the situation for what it is than chase a fantasy.

READ MORE:  How To Become A Good successfully Scientist?

Don’t be afraid to try new things
Shutterstock
Trial and error is key in finding acne treatments. I’ve tried everything under the sun from every acne medication to slathering egg whites on my face. I try new things all the time, just in case I stumble upon something that works better than what I’m currently using. Don’t be afraid to experiment. If something doesn’t work, stop doing it. But if it does, you’re golden! As long as you don’t expect perfection, don’t shy away from trying new products. Of course, you don’t want to go overboard and switch to a new product every week, but if something sounds interesting and you still haven’t found a routine or product that you’re happy with, give it a shot.

Find what works for YOU
Shutterstock
One of the most important lessons I’ve learned is to find the combination of products and treatments that works specifically for you. I’ve had people rave about certain products that didn’t work for me when I used them. I can’t tell you how many people push ProActiv on me, which is so frustrating because I did try it, and it made my skin even worse. I have finally found a regimen that works for my skin, and I’m sticking to it. Focus on finding treatment options that you’re comfortable using and that work for you — regardless of what anyone else says.

Be an advocate for yourself
Shutterstock
When I was younger, I didn’t advocate enough for myself and my skin. I just did whatever my dermatologist told me to do, and then I was sorely disappointed when I didn’t have great results. I found a new dermatologist who I really click with, and we’re a team when in comes to treating my acne. It’s important to voice your concerns and talk openly with your dermatologist. If you heard about a new treatment or medication you want to try, ask about it. If you feel like something isn’t working for you, speak up.

Don’t pick, don’t pick, don’t pick
Shutterstock
I used to be a notorious face-picker. I love popping zits and get great pleasure from squeezing out blackheads. But picking is bad! There is a proper way to extract blemishes, which I’ve fortunately learned from my esthetician. If you remove blackheads and whiteheads the right way — and when they’re ready — they will heal faster, be less susceptible to infection, and probably won’t scar. The majority of my pitted scars wouldn’t have occurred had I not picked cysts that weren’t ready to pop. I used to literally dig in with my nails and whatever tools I had. Don’t do this! Resist the urge, trust me.

You are more than your blemishes
Shutterstock
If you have acne, it’s easier said than done to not just see zits when you look in the mirror. When I’m really broken out, it’s so difficult to look at my reflection and feel good about myself. Over time, I’ve learned that I am so much more than my skin. So, I have some zits. I’m still the same person! I’m still just as smart and successful with acne than I am without it. Having blemishes doesn’t make me any less me. Of course, this can be tough to remember on a bad day, but it’s something to keep in the back of your head when you feel low.

Insecurity is hard to conquer
Shutterstock
Part of realizing you’re more than your blemishes and overcoming insecurity is knowing that it’s hard to do. You will have good and bad days, and some of those bad days may be really bad. There may be times when you literally don’t want to leave the house because you’re so upset about the state of your skin. Someone might say something about your face, not realizing the profound affect it has on you. You might have a bout of clear skin, only to be followed by a severe breakout that makes you want to hide under a rock.

While I’m aware that I’m more than my acne, I still have insecure days. Mostly, though, I’m pretty confident in myself and feel happy despite my blemishes. It took some time, but it’s a solid place to be. Use the fact that you have acne as an opportunity to grow into a stronger and tougher person. Put in the effort to push away negative thoughts and try to respond to them with positive thoughts. You have more control over your confidence and self-esteem than you think.

You might have to deal with it forever
Shutterstock
Some people are lucky — they grow out of their acne after puberty or have a short stint with adult acne. Others, like myself, have to accept that it is a lifelong condition. I thought, surely, after college I wouldn’t have to deal with my acne anymore. It wasn’t until a candid conversation with my dermatologist that I realized I would be dealing with zits for the rest of my life. And that’s okay! It sucks sometimes, but I have a lot of great things going on and I always remind myself of that. I don’t want to focus so much on my skin that I forget to live.

People don’t notice your acne as much as you do
Shutterstock
While you think everyone is staring at the breakouts on your chin or the pimple in the middle of your forehead, they’re more than likely not. I mean, realistically, how much are you staring at other people’s blemishes? You’re not, really. You might notice a big cyst for a second, but you move along. But when you have acne, it’s easy to feel like everyone is just staring at your face. This is called the spotlight effect. It’s basically the phenomenon that makes you feel like everyone is paying more attention to something about you than they actually are. I promise, not everyone is staring at your zits.

It’s going to be okay
Shutterstock
Until dermatologists find a true cure for acne, people are going to struggle with it. You are not alone, even when it feels like you are. My best advice is to find out what works for you and your skin and try not to get discouraged. Your zits don’t define you! 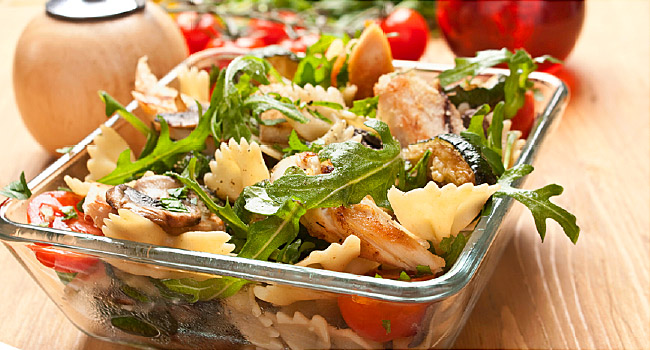 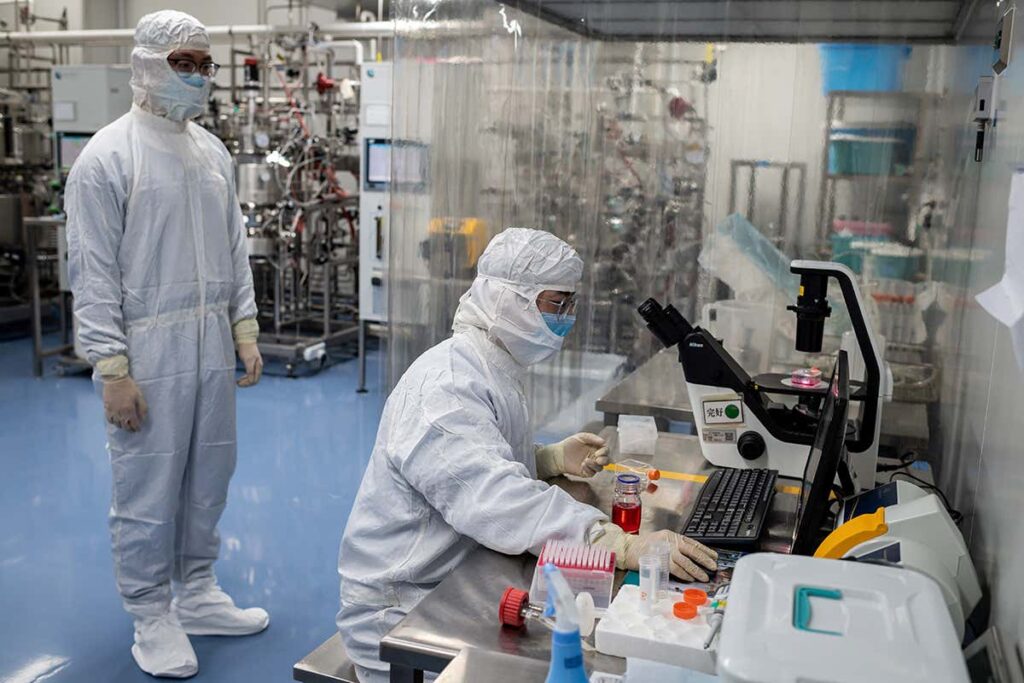 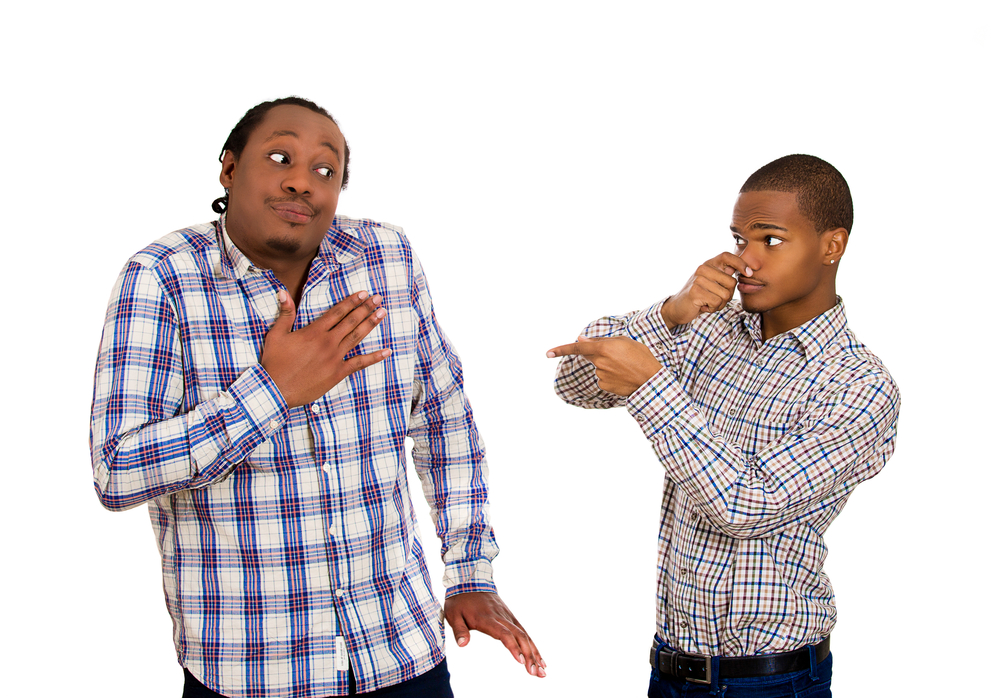