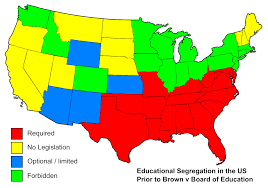 Competitiveness: The US is a highly competitive context for careers in higher education. According to the Academic World Ranking of Universities more than 30 of the highest-ranked 45 institutions are in the United States.

Openness to non-nationals: Strong research and funding have made American universities among the most competitive and prestigious worldwide, which is particularly attractive to international professors and researchers. US universities generally welcome foreign researchers across all disciplines, although there is not a great emphasis on the internationalization of curricula or research.

Career progress: After a probationary period of 6-7 years, Assistant Professors usually gain a tenured position. From there, they can move to Full Professorship after showing significant achievements in their academic performance.

Before becoming Assistant Professor, an academic may hold a temporary postdoc and/or instructor/Adjunct Professor position. The use of part-time faculty in US universities is increasing.

the USA had 4,706 degree-granting universities and colleges (National Centre for Education Statistics), varying greatly in quality and prestige. Of these, 653 were public institutions offering a four-year curriculum and roughly 120 of these are research universities. The information below mainly covers research universities, as they are most relevant for academic careers.

The federal government plays a limited role in US higher education. Except for US service academies the federal government does not directly regulate universities, although it can give federal grants to them. The US university system is decentralized, with the states retaining power over public universities and colleges, and private universities being almost entirely autonomous. Quality among US universities is ensured by a process of accreditation, a system in which the universities have developed independent agencies that rate academic programs on criteria such as the publishing records of their faculty and quality of their libraries. Non-accredited institutions are broadly perceived as lacking in quality. Public universities are both publicly and privately funded, and students pay tuition fees that are much higher than those common in Europe. Most universities, public and private, are supported by endowments. Tuition and fees payments from students and families are the major source of revenue for most institutions.

The average age for obtaining a PhD in the US is 37 years (mainly due to its structured nature, which prescribes upfront two full years of research training).

In terms of mobility, it is common, and increasingly so, for academics to move jobs during their careers, often more than once. As one of the former Max Weber fellows, now with a position in the US academia, has put it: “Climbing the ladder is very much a real thing”.

Assistant professorships are advertised and applied for in open competition. The position is generally untenured, although in most institutions the term ‘tenure-track’ position is used; that is, the candidate can obtain tenure after a probationary period of around 6-7 years. At the end of this period, on the basis of the accomplishments in the areas of teaching, research and service, the candidate is promoted to Associate Professor and receives tenure, a condition that provides employment for life. It is the individual universities that carry out the evaluation and promotions. In most places around 50% of Assistant Professors obtain tenure (but the trend is definitely declining, see Digest of Educational Statistics: 2009) and are promoted to Associate Professor after the sixth year.

On average, the time that elapses between entering graduate school and attaining the rank of Full Professor in a university is 17-20 years. Promotion can also be through open competition, usually at another institution.

A scholar’s value on the academic market is very much based on his/her research output. Research in the US is mainly measured by number of articles in peer reviewed journals.

The US system is characterized by a significant amount of opportunity to advance based on merit, however some barriers persist. In the postdoctoral phase, the US academic system is quite competitive. Letters of recommendation play a role in application processes and having a well established senior scholar (a mentor) in one’s field as a reference can be important in the selection process. This does not mean, however, that one can not get access to the American market without good contacts. As in the UK, American academia is very open to employing staff from foreign countries.

In many of the less prestigious universities, there is a growing number of full-time but non-tenure-track positions consisting of faculty who are mostly hired to teach with four or five-year contracts. Career advancement from one of these positions can be very difficult as one is usually not expected to do research and rarely has time to do so. This is less the case for the top research institutions, where it is mostly visiting professors who are hired on full-time temporary contract lasting one or two years. Often this is done to substitute staff on leave, or because the institution could not fill up the position when attempting to hire someone permanently.

As od the 2014-2015 academic year, women made up 43.5% of the teaching staff at public universities and 41.7% of teaching staff at private universities (details, American Association of University Professors). Compared to other countries, the proportion of women is relatively high and decreases less within the academic hierarchy: 54% of Lecturers and Instructors, 47% of Assistant Professors, 40% of Associate Professors, and 32% of Full Professors are women.

The tenure system is adopted as an internal policy among the majority of US universities, and provides for a relatively stable career, once tenure is achieved, usually at the level of Associate Professor. The Assistant Professor position usually is a tenure-track position, meaning that one is eligible for promotion to the position of Associate Professor after the required skills in teaching and research have been documented. There is some evidence to suggest that tenure-track university employment in US universities is becoming less universal.

The level of benefits varies from state to state and from institution to institution. Generally all academic posts include medical and health insurance as well as a pension.

Adjunct Professors or part-time teachers rarely have any benefits or even office space, and have a considerably lower pay than other faculty. In general, the use of non-tenured and part-time faculty is increasing.

Instructors are either completing their PhD or have recently obtained the degree and are beginning their teaching careers. They are employed part-time in a teaching capacity, and usually spend about nine to twelve hours a week teaching.

A postdoctoral position usually is related to research projects established by departments or individual Professors in the universities. These positions may also be more individually defined and allow time for one’s own research. Funding opportunities and the availability of these positions vary widely. It became now standard practice in the US to hold a postdoctoral position for 1-4 years.

Adjunct professors do not have a permanent position in the academic institution. They may be people with a job outside the institution who teach courses in a specialized field on a contractual basis. This position is not generally tenure-tracked.

Assistant Professorships normally are 6-7 years probational positions where both teaching and research are expected, although the proportion expected of each varied widely from university to university. Assistant Professors on average teach 9-12 hours weekly or two classes per semester. They are expected to conduct research projects and publish. The position can be seen as a training period during which one works to develop a case for tenure.

Associate Professors spend fewer hours on undergraduate teaching (about 6-9 hours a week) and are likely to lead graduate classes and advise graduate students on their dissertation projects.

Full Professors usually teach 3-6 hours per week. They take an active role in the research projects and dissertations of doctoral candidates. Further advancement opportunities include positions in administration such as department chair, dean of students, or college president.

In the US, academics are normally paid for 9-10 months per year. In the summer months, academics are expected to have additional income or arrange with the institution to have the salary spread out over 12 months, as in the table above.

In the US, salaries are not nationally defined and states have no role over setting the minimum salaries for non-hourly workers (for average salaries of full-time faculty members see the Digest of Education Statistics: 2009). Salaries are often negotiated individually with the institution, which makes it impossible to provide ascertain what the minimum and maximum salary levels are.

Many academics have significant earnings in addition to their basic salary, from consulting, teaching additional courses, research, writing for publication, or other employment. The actual income may thus be between 25-33% higher than the salaries above. In addition, many college and university professors benefit from access to campus facilities, tuition waivers for their children, housing and travel allowances, and paid sabbatical lea

The American academic profession is the largest in the world and employs over 1 million academic staff. See individual universities’ websites for information on faculty and department sizes.

A more restricted sample is provided by the National Centre for Education Statistics, which provides data  for TENURED faculty staff (fall 2013).

In general, the traditional tenured full-time position is in decline. Gradually a larger portion of the faculty consist of part-time (a third of the total) or short-term contract holders. Less than half of academic appointments are in traditional tenure-track positions.

Mobility in US academia is generally high. It is encouraged by institutions and almost none of the professors hire their own graduates, or they do so only after they have worked at another institution. For instance, many people who graduated from Harvard University go back there to work, but only after having been employed by another university.

Yet, due to the great variety and diversity between the institutions it may be difficult to move from a less prestigious university to an Ivy League institution. Graduates or employees from a very prestigious institution will have better opportunities at other places.

There are no specific data about the accessibility of US Universities to non-nationals. However, it is reported that most US research universities employ international staff and are very welcoming towards visiting scholars. The US is an attractive destination for scholars in most disciplines. At the same time, a survey shows that American researchers in general are not very open to internationalising their curriculum and many scholars find it unnecessary to publish and read journals and books from abroad, unlike the majority of European scholars who consider this to be of vital importance for the continuous development of research and science( Altbach 2005) .One possible reason for this could be a belief that in most fields, a PhD from an American institution is unmatched, because the doctoral programme is more rigorous and intensive. In the US, there is thus a complex relationship between internationalisation and academia. At the same time, however, diversity is generally promoted at higher education institutions.