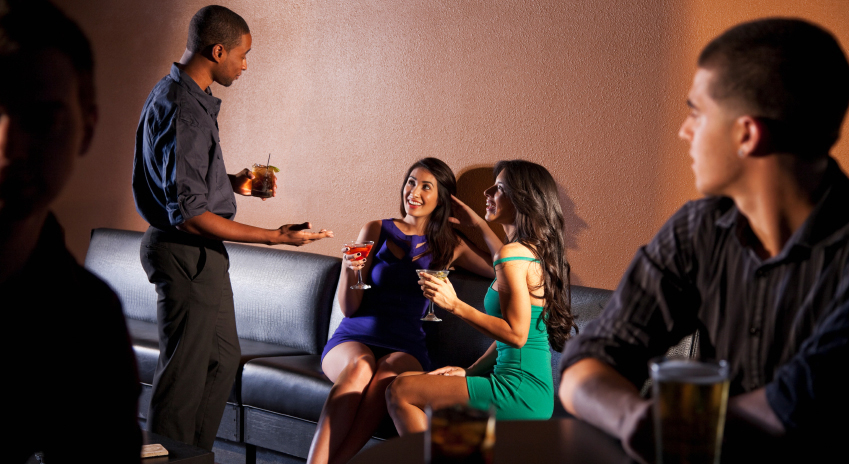 In order to meet new people we have to actually approach and speak to them, which can be really nerve-wracking. Thankfully, Ivan Chan of Self Stairway has 30 tips to share that can make it far easier to approach anyone:

It’s terrifying approaching someone for the first time.

Naturally, you want to make a good first impression with this person, but you have no idea how they will react to you. Will they like you? Will they reject you? Will they think you’re an idiot? The fear of looking like an idiot by saying or doing something stupid is uncomfortably real. Maybe you have had it happen in the past. The thought of having it happen again is making you nervous about approaching someone.

I used to be terrified of approaching people too. I would sheepishly stutter my way though an introduction. I would make futile attempts at small talk, only to flounder awkwardly. After enduring much frustration, I eventually stopped trying. I figured you couldn’t get hurt if you just watch from the sidelines and avoid putting any skin in the socializing game. That’s not a fun way to live.

After all, a wealthy life is not just defined by how much money you have. It is also defined by how rich your relationships are with your friends and loved ones. Every relationship starts with you approaching someone whom you’ve never met before or the other way around. But most people don’t have the courage.

I decided to work on my social skills. They don’t teach you how to approach people in school, so I learned from others whenever I could and experimented. I tried different ways to make a memorable introduction, to keep people engaged, and to leave people wanting to come back and talk again.

It took me years, but I eventually found a system that works–a system I’ll share with you today. So grab a cup of coffee and make yourself comfortable.

You’re about to learn how to approach a stranger with confidence, charisma, and even a little flair. These techniques will work regardless of whether you’re at a professional event or a hot singles’ party. Are you ready?

2. Get in the right mindset

You’ve decided to approach. Are you feeling a little nervous right before? Take 10 deep breaths to calm your nerves and tell someone to shut up.

No, not a stranger. Tell yourself to shut up. Don’t listen to your lizard brain or your fears.

You have to get in the right mindset.

That is, you shouldn’t treat other people like a total stranger. If you want to have a fun conversation then act like you’ve known the other person your whole life. It will lead the interaction with the right vibe.

Also, think of your conversation as a chance to make the other person feel good about themselves.

You need stories ready to make the conversation interesting. They don’t have to be dramatic or funny. But they should serve as fun conversational starters. That way, you’ll have something to fall back on when conversations turn into a lull.

You’re going in now. First off, shake their hand. Firmly, not with a dead fish grip.

READ MORE:  How To Deal Wth Feeling Bad About Your Feelings

Make sure you don’t have sweaty palms. I used to have the worst case of sweaty palms in high school social dance classes. You can imagine how those felt for the other person.

5. Remove the voices from your head

You’re in. You initiated, but you’re starting to become nervous.

How many times have you started a conversation, feel weird, and try to exit as fast as possible? If your answer is zero then I bow down to your smoother-than-James-Bond socializing prowess.

The rest of us make excuses when we’re afraid. Tell your excuses where to go. Kick them out of here. You can pull through anything.

Will you regret it if you don’t muster up the courage to approach that certain someone?

Obviously, you’ll scare someone if you don’t. People are naturally wary about meeting a stranger at first. The way you ease their wariness is to have a relaxed smile that seems natural, not with a serial killer grin.

8. Remember that you’re not auditioning for a play

You don’t have to start a conversation in a witty way in order for it to be memorable. Don’t memorize lines. Just start with “Hi!” and you’re good to go. Of course, as you become more comfortable with strangers, you can add more flair to your bantering.

How Fulfilled Are You In Your Life?

If you want to stop struggling and live life to the fullest, Lifehack has a solution for you.

Remember: the more you think, the more difficult it becomes.

Always, always, ALWAYS pay attention when the other person introduces their name. Obviously, most people take their name very personally. So remembering someone’s name correctly will no doubt leave them with a good impression of you.

Dale Carnegie famously said that a person’s name, to that person, is the sweetest and most important sound in any language. Think of how you feel when someone remembers your name towards the end of a conversation. Feels pretty good, doesn’t it?

10. Give out genuine compliments

You can be personal by offering a sincere compliment. People like to feel liked.

Remember, sincerity is key. Fake compliments are pretty obvious and even insulting.

Quick tip, comment on something they put effort into. Complimenting them on something out of their control isn’t as warming as something you noticed they did.

So, you can dish out compliments, but can you take them? A conversation is a two-way exchange. Show your classy side when you’re on the receiving end of a compliment.

Don’t downplay them. Don’t deny them. Just say “thanks.”

12. Empathize and relate to build a connection

Having gone through university myself, I understand how stressful exams times can be. I often use this as a way to empathize with students who are currently going through exams.

Showing someone you know how they feel makes them more comfortable to talk with you.

READ MORE:  According To Scientists, You Can Boost Your Happiness By Spend Talking On The Phone.

I know this advice sounds obvious. But then how come so many people absolutely SUCK at listening? It’s sad but true. So if you train yourself to be a skilled listener, you’ll no doubt instantly standout among the crowd. Listen more often than you talk.

So what happens if you’re at a conversational standstill and none of the techniques I’ve discussed so far is working? Ask awesome questions! People love talking about themselves, after all.

What does being a good ballroom dancer and being a good conversationalist have in common? You have to know when to lead and when to follow in both situations. So, lead!

16. Keep your mouth in check

It’s tempting to think that the world revolves around us. Not surprisingly, a lot of people talk about themselves non-stop because it feels good to them. However, being a good conversationalist means talking less and listening more. So don’t be a conversational narcissist.

Let others have a turn.

17. Avoid being a pretentious “one-upper”

I once worked with someone who always had to one-up whatever you say.

He always wanted to have a bigger and better story to tell than everyone else. Talking to him gets annoying really quickly. Don’t be that guy.

18. Accept that you’re not a genius

If you don’t, then sooner or later people will realize you’re just a fool desperately trying to look smart. If you don’t know something, just admit it. Most people will be glad to explain. That way, you’ll actually learn something (and end up being smarter for real).

19. Remove your habit of judging

Take my blogging mentor, Jon Morrow, for example. Jon has spinal muscular atrophy (SMA). He can barely move his body from his neck down.

Based on appearance alone, some people might be surprised to learn that Jon is the Associate Editor of Copyblogger.com, a highly successful entrepreneur, and an all-around badass.

20. Know what topics get people to want to murder you

Nothing kills a conversation more quickly than an ill-advised tangent into an icky topic. You have been warned.

21. Get rid of your habitual filler words and phrases

By filler, I mean the “umm’s” and “ah’s” people utter when they’re trying to think of something to say. Then there’s the dreaded “like” filler, as in, this is, like, the most annoying filler, like, ever!

22. Leave interrogation to the police and interview questions for hiring managers

Remember how I said you should ask really good questions to direct a conversation? It’s a good strategy, but don’t overdo it. If you barrage someone with too many questions, they will feel like you’re interrogating them.

Get That Goal You’ve Always Wanted

Grab a FREE Lifehack Guide to start getting what you want

Mix up your questions with some non-questions. Better yet, expand on the conversation based on what you’ve heard from the speaker to show you’ve have been paying attention all this time.

23. Remind yourself that pauses are normal

I used to worry about what to say whenever there is a pause in a conversation. I’ve since learned pauses are OK.

Admittedly, it feels a lot less awkward being in silence with a close friend than an acquaintance you have just met, but don’t worry, there are ways you to end the silence quickly and restart the conversation.

READ MORE:  Learn 8 Ways On How To Carry out Successful Plans

Have you ever had someone blurt things out before you’re done talking? It’s annoying, right? So don’t do it yourself. Avoid interrupting others when they talk or you may kill the conversation.

25. Be conscious of your body language

Seriously, you should do as your Mother have told you a long time ago. Stand up straight. Don’t hunch forward. Bad posture is just so uncool and unsexy.

26. What are you doing with your hands?

Yes, we’re back talking about hands again. This time we’ll talk about where to put your hands while you’re talking. Your body language says a lot of things about you.

You may think your words are wowing your listener, but if your body language is conveying a different message altogether from your words, then you’ll be fighting an uphill battle for the entirety of that conversation.

27. Stop looking away, give them your focus

Smartphones have somehow managed to connect people like never before while simultaneously destroying face-to-face communication.

How often do you go into a public place (e.g. a train or a park) and find virtually everyone in sight to be thumbing away on their phones? In the age of rapid digital communication, it’s the simple look-them-in-the-eye conversation that is bound to be memorable.

28. Slow down and don’t lose them with your words

As Michael Caine once said, “The basic rule of human nature is that powerful people speak slowly and subservient people quickly–because if they don’t speak fast nobody will listen to them.” Are you powerful or subservient?

This is, once again, another obvious-sounding advice, but how obvious is it really? I know many people who speak as if they are unsure of everything they say.

One way you can tell is they tend to raise their voice at the end of a phrase, the way you would with a question. Only instead, they do this with EVERY SINGLE STATEMENT they say. It’s as if they are asking you for permission to speak.

30. End your conversation on a high note!

The Floor Is Yours

You’ve got all the know-how.

You’ve learned all the tricks.

You know what you need to do next?

Just pick one or two things above and start practicing. I know it’s going to be hard at first. But in time, you’re going to get better. I’m sure of it. 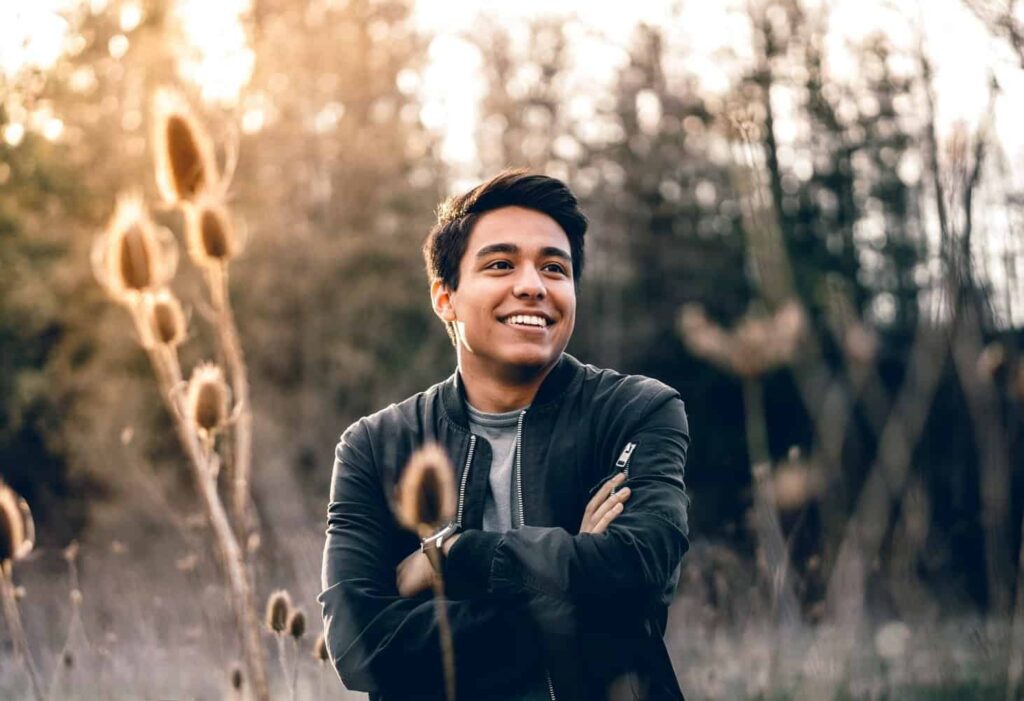 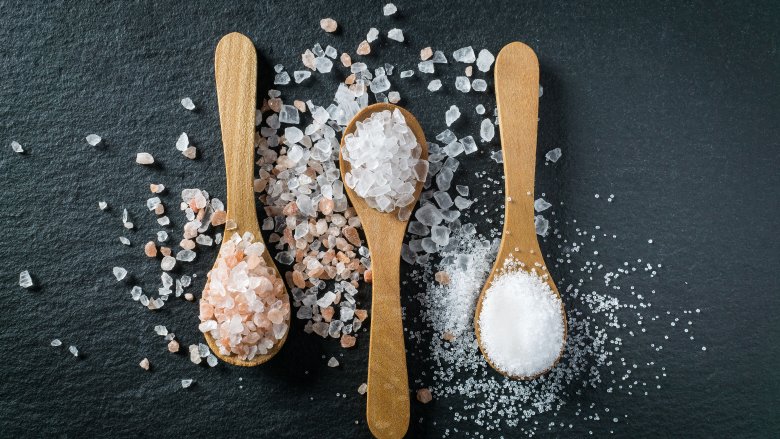